One of Sydney’s oldest and most-loved greengrocers has been saved from closure by a providore who supplies fruit and vegetables to Matt Moran and Neil Perry. 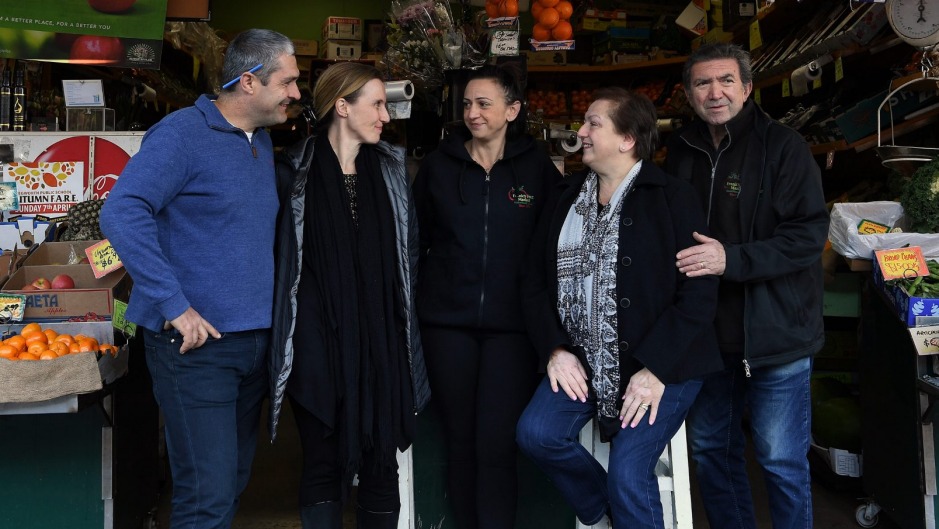 Frank Bonfante (right) with his wife Mary Rose Bonfante (2nd from right) and their daughter Cristina Zandes (3rd from right) who still works at Frank’s Fruit Market with its new owners John Velluti (left) and his wife Bree Velluti (2nd from left) in Haberfield.Photo: Kate Geraghty

John Velluti and his wife, Bree, took the keys to Frank’s Fruit Market in Haberfield on Monday. The Ramsay Street institution has provided shoppers with zucchini flowers and heirloom tomatoes since 1974 – the same year Mr Velluti was born.

“The Velluti family has been a godsend,” said Mary Bonfante, who operated the humble store with her Sicilian-born husband, Frank, for more than 40 years. “We were just about to close the doors and walk away because we couldn’t find a buyer. That would have killed us.” 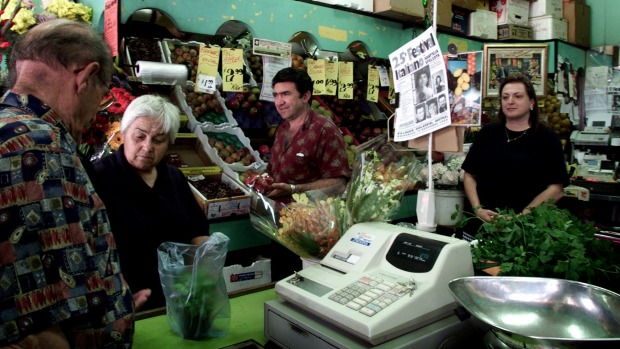 Frank and Mary Bonfante (right) on deck at the fruit shop in 2000. Photo: Sahlan Hayes 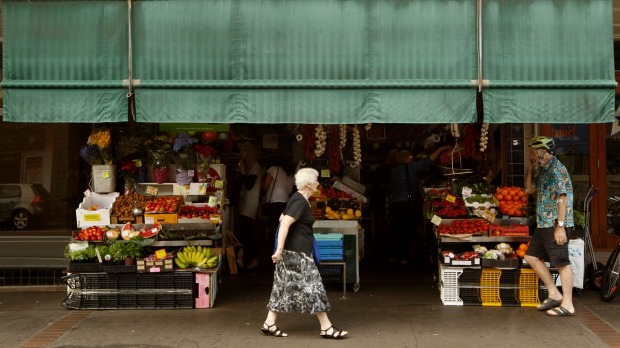 One of John and Bree Velluti’s close friends suggested the Five Dock couple should think about buying Frank’s when it went on the market in May. Mr Bonfante, 68, was retiring due to chronic injury caused by an accident five years ago when a forklift crushed his foot at Flemington Markets.

“We weren’t really looking to buy a fruit shop, to be honest,” Mr Velluti said. “I’m in the business of supplying chefs with fresh produce. However, when I visited the store I realised Frank’s is not too different from what I was already doing – it’s just that the customers don’t wear white aprons.”

Mr Bonfante said the shop was in good hands. “They [John and Bree] are exactly the new owners we were looking for,” he said.

The Frank’s site has been a fruit shop since 1925, navigating recessions and the rise of supermarkets. When the Bonfantes took over in the ’70s, Sydney was introduced to a cornucopia of specialty Italian produce now common in most restaurants and home kitchens – globe artichokes, cime di rapa, radicchio and more tomato varieties than you can shake a grissini at.

“They were real pioneers,” Mr Velluti said. “I used to ring Frank and say ‘mate, I have a chef who wants a hard-to-find vegetable,’ and he would always be able to help me out. And Mary deserves a lot of recognition for teaching customers how to use all the different produce Frank would bring back from the markets.”

The Bonfante family was thanked by Summer Hill MP Jo Haylen in NSW Parliament on Monday for supporting the Haberfield community and “providing customers with the best produce Sydney has to offer” for 45 years.

“When news broke that Mary and Frank were retiring and closing their shop, my office was flooded with emails and calls from local, loyal customers,” Ms Haylen said. “There is so much love and respect for them.”

Frank and Mary Bonfante’s daughter, Cristina Zandes, will continue to work at Frank’s and Mr Velluti plans to run the store business as usual.

“We might introduce a couple of new ideas to bring the shop into the 21st century, but the current formula certainly ain’t broke,” he said. 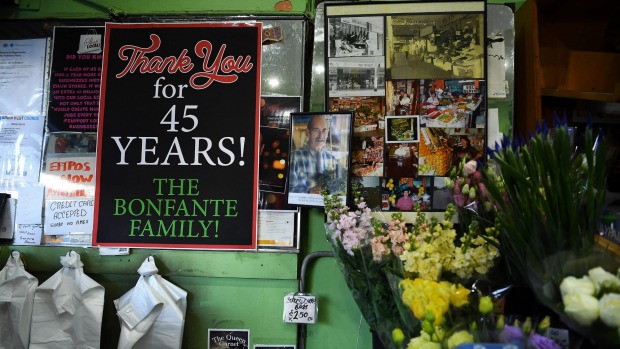 A thank you sign is surrounded by photos on the wall of Frank’s.Photo: Kate Geraghty

How the Haberfield community will respond to Frank’s new owners is unknown, but early signs are good.

“I was at the hairdresser yesterday and John received two thumbs up all-round,” Mrs Bonfante said. “Everyone agreed that he’s nice – he smiles. That’s important.”